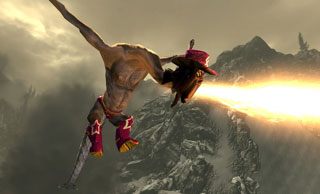 The newest update to the console versions of Fallout 4 and Skyrim limits the number of mods you can have active at once.

Bethesda brought mods to consoles with Fallout 4 and Skyrim, but there have been ups and downs along the way. Mods for Skyrim: Special Edition are limited in size on both consoles, and getting Fallout 4 mods on PS4 was such an ordeal that Bethesda actually said they weren't happening at one point (mods finally arrived a couple of months later). Now, Bethesda says there are some additional limitations on mods in the console version of those games.

In the latest update to Fallout 4 and Skyrim: Special Edition, a limit has been added on how many active mods you can have. We mentioned the size limitation per mod above, and now Xbox One players are limited to 150 active mods, and PS4 players are only allowed 100 active mods. You will be able to have more mods installed, but you'll have to keep the active number at or below these caps.

The good news is that these limits may not be permanent. In this post on the Bethesda.net forums, a community administrator says that the cap "is a starting point, and it may be adjusted."

The limits don't sound terribly onerous, but when you start tossing in lots of smaller mods, you'd be surprised how quickly you can reach the cap. Hopefully, Bethesda will be able to ease this number upwards on both consoles.