Alongside the announcement of "Force Friday 2" - an event that reveals upcoming Star Wars merchandise, we got a glimpse of the new look for Rey, Finn and Poe.

The first "Force Friday" was a special Star Wars event that took place before The Force Awakens' debut, revealing the full line-up of merchandise planned for the film. It's no surprise that "Force Friday 2" is being planned for The Last Jedi, and today Disney has announced the date: September 17. More interesting, however, is that alongside this announcement we got a glimpse at the new look for heroes Rey, Finn and Poe. Check them out below: 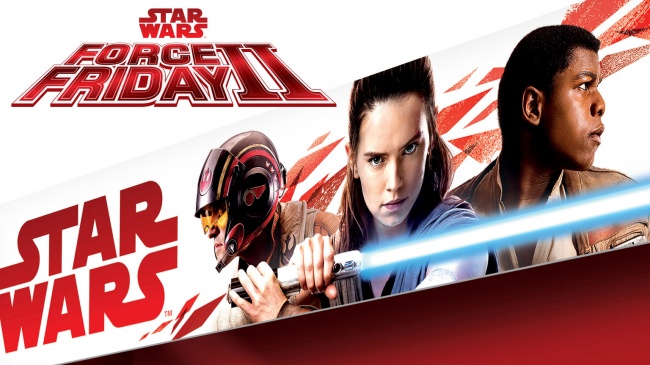 Rey has gone through the most changes, wielding a lightsaber and swapping out her signature triple-bun for a more Qui-Gon Jinn style half-ponytail. Finn and Poe look more or less the same, but it looks like Finn has finally shrugged off his black Stormtrooper undershirt in favor of something more fitting.