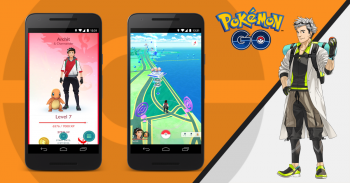 A new law in Milwaukee requires creators of AR games such as Pokemon GO to acquire permits before placing AR elements in state parks.

When the Pokemon GO phenomenon exploded last year, the most popular spots for monster hunting were parks, as they often featured a high concentration of Poke-stops. While parents every rejoiced their kids actually getting out into nature for once, a lot of park officials weren't as pleased, as they weren't equipped to handle the sudden influx of people. One Milwaukee park, frustrated with the game, took things to court, drafting a proposal that would require AR game developers to obtain a permit to place AR elements in state parks - a proposal which has just passed into law.

"We're prepared for all of them now," said County Supervisor Sheldon Wasserman, who wrote the proposal setting up the permitting process.

The ordinance requires that game developers such as Pokemon GO's Niantic get a permit like any other business or group that wants to host park events. The fees will be on a sliding-scale - anywhere from $100 to $1,000, depending on how much of the park will be used and how many people are expected to be there, Wasserman said. The money will help with the park's upkeep, he said, and the permits will help the county prepare for the volume of people.

Wasserman said the county could pursue legal action if a company doesn't comply with a permit.

While these moves are a little late, considering how the Pokemon GO bubble has faltered, the wording protects the parks from any future AR games.

Meanwhile in Illinois, a bill is currently pending that would require the creators of AR games to remove spots from games if requested, suggesting that other states may soon be passing their own "Pokemon GO laws".