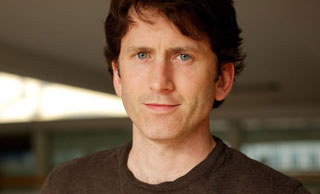 Bethesda's Todd Howard says that the company is working on two huge games and a mobile title.

Bethesda is one of those companies that everyone keeps an eye on, whether you like their games or not. Since the final Fallout 4 DLC has been released, and Skyrim: Special Edition is already complete, people have naturally been wondering what the company is up to now. Well, Bethesda's Todd Howard says that Bethesda is working on three games, two of which are bigger than any games it has made.

In an interview with Glixel, Howard said that, "We've got a good number of projects on the go. We're bigger now and we do want to be putting out more stuff. We have two larger projects that are more classically the scale of what we do, but even bigger."

Howard wouldn't reveal what the projects were, saying simply, "I can't talk a lot about them, but I can say that they're bigger than anything we've ever done. They're a bit different, but definitely in the wheelhouse that people are used to from us." He also went to reveal that the studio is also working on a new mobile game, but wouldn't offer any details about that one either.

So what could those two huge games be? Well, we know that there are no plans to make any more Elder Scrolls remasters. We also were told in July of last year that The Elder Scrolls VI wasn't in the works just yet, so honestly, your guess is as good mine. Got an idea (or even a hope) about what those two games might be? Tell us what you think in the forums!