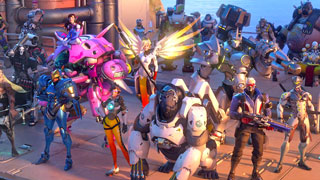 Blizzard is looking to add a 24th hero to Overwatch, but it may not be the one you think.

There has been a fair bit of talk about who the next hero added to Overwatch will be. The most noise has come from players who are looking for Doomfist, hopefully with Terry Crews providing the voice work. But Blizzard's Jeff Kaplan indicated over the weekend that the next hero might surprise players.

In a post on the game's official forums, Kaplan wrote of the next hero, "24 is not who you think it is." The Overwatch game director reiterated what he's said before: the team has multiple heroes in the works at any given time, and that they choose what to introduce that they think the game needs. He added that, "Right now, we feel like introducing a new hero to the line up would be more impactful to the game."

Kaplan also answered a question about why some heroes don't have a full slate of emotes at release. "New heroes will most likely not have sit and laugh emotes for some period of time after their release. We'd rather not hold new hero releases for these emotes. But we do plan to add them over time."

Honestly, I won't be surprised at all when Blizzard releases a new hero that isn't Doomfist. After all, we all thought that Sombra was coming to the game, and we ended up with Ana. It was another six months before we saw Sombra make her way into the game. Will that be the case for Doomfist as well, and will Terry Crews actually get to do the voice work? We'll just have to wait and see.