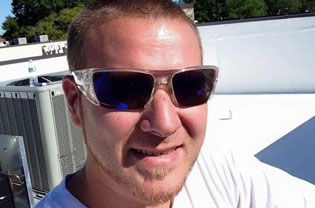 A well-known World of Tanks streamer has passed away during a 24-hour charity marathon stream.

Charity marathon streams happen all the time. But a charity stream over the weekend turned tragic, as World of Tanks streamer Brian "Poshybrid" Vigneault passed away after 22 hours online.

Vigneault was known to drink and smoke regularly on the stream, and on February 19, he was 22 hours into a charity stream to raise money for the Make-a-Wish Foundation. According to a mod posting in his Twitch channel, "Around 3:30AM CST Poshy said he was going for smokes and left the stream running, He never returned." When he did not come back to the stream, most viewers assumed that he had fallen asleep.

The next day, a friend saw him online in Discord and messaged him, only to have a Virginia Beach detective respond instead. The Virginia Beach police confirmed to PvPLive that they were investigating Vigneault's death, and that the cause of death was currently unknown. Vigneault was a 35-year-old father of three.

While marathon charity streams are something that happen regularly, here's hoping that the streamers involved will keep their personal health in mind, solicit help as needed, and take the time off they need to keep themselves healthy.