Before Titan was transformed into Overwatch, a concept had it reborn as another MMO set in an established Blizzard franchise.

It's pretty well known at this point that Overwatch came from the ashes of Blizzard's long-in-development "rumored but never officially announced" MMO Titan. But how exactly did an MMO become a FPS? At the DICE 2017 summit today, Blizzard's Jeff Kaplan explained the road between the two games, and talked about some other failed concepts that included an MMO set in an established Blizzard universe.

Kaplan explains that there were 140 people working on Titan when Blizzard decided to pull the plug. Of those, 80 were assigned permanently to other projects within Blizzard. Another 20 were dispersed as what he called "long-term loans," which he defined as personnel temporarily reallocated to other teams for anywhere from six months to two years. 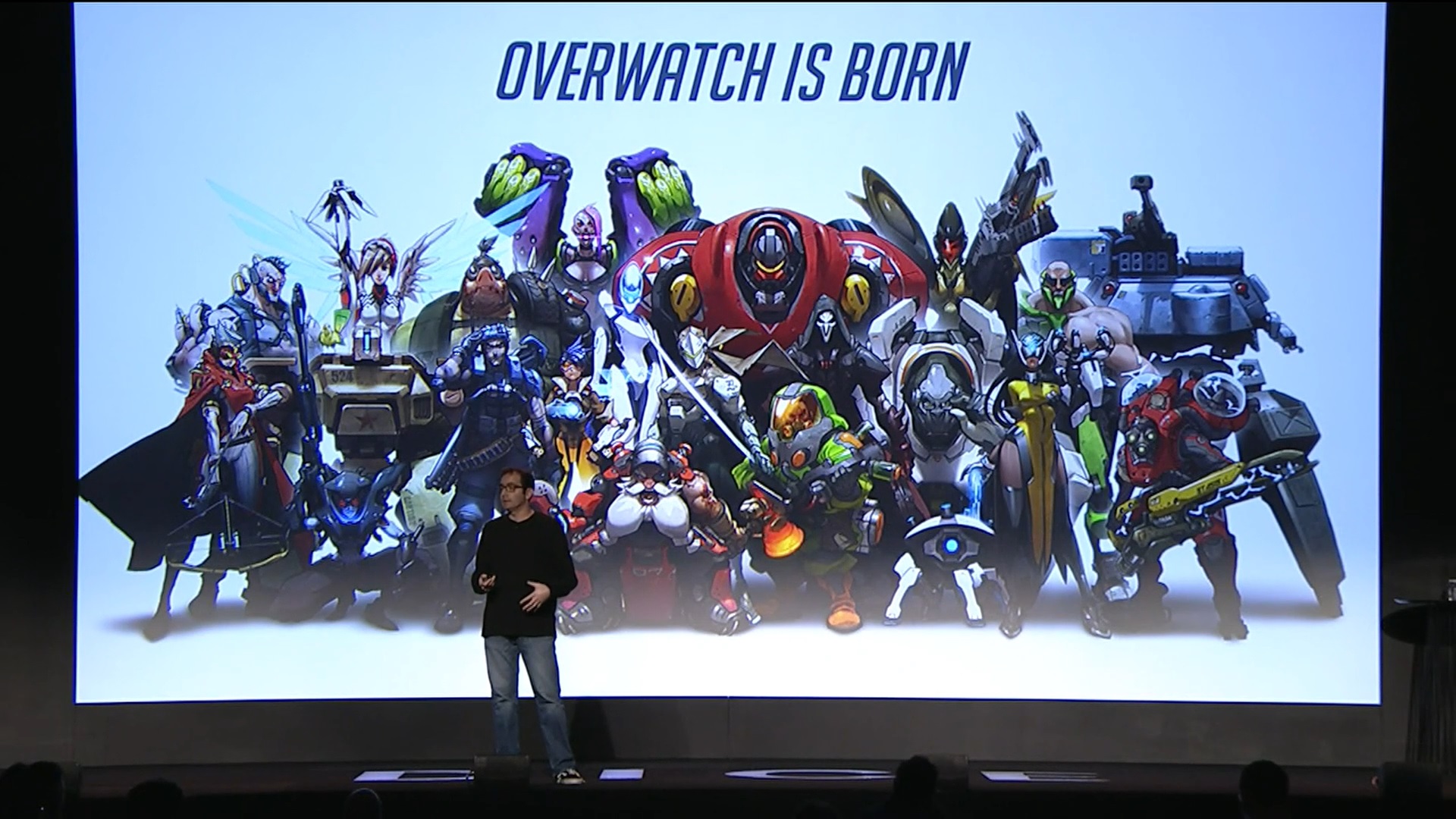 The remaining 40 members were given a fairly "simple" task: figure out what to do with what was left of Titan. They were given just six weeks. "It was a daunting, almost devastating concept," Kaplan said.

Before deciding to birth Overwatch from one of Titan's PVP mode, the team worked on two more MMO concepts: one was another new IP, and the other would have transformed an existing Blizzard franchise into an MMO, as World of Warcraft did to Warcraft. Kaplan was mum on which franchise this was, but our money is on Starcraft.

Eventually, thanks to help of character designer Arnold Tsang's iconic designs, the team came to a rough concept of what would become the Overwatch team, which you can see in the image above.