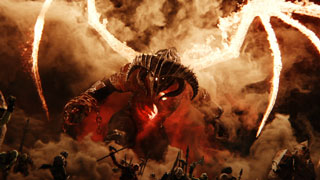 One day after it was announced, we now know just how much PC you'll need to play Middle-Earth: Shadow of War.

Now, just one day after the announcement was made, we already know just how much PC you'll need to take the fight to Sauron's forces of evil. Thanks to the game's Steam page, we can share these system requirements:

While the minimum requirements aren't all that onerous, you will at least a GTX 970 to hit the recommended. On the plus side, if you need to upgrade you've got sometime on your hands to get it done.

Middle-Earth: Shadow of War is set to launch on August 22 for PC, PS4, PS4 Pro, and Xbox One. It will also have support for Project Scorpio when it launches in holiday 2017. Warner Bros. is planning a gameplay reveal on March 8.