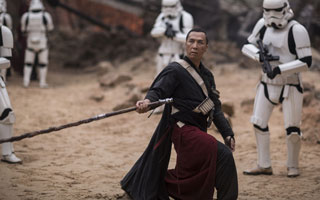 We might not have a Sleeping Dogs sequel, but it sounds like we're going to see a movie version of the game starring Rogue One's Donnie Yen.

When developer United Front Games shut down last year, we assumed that we had probably seen the last of Sleeping Dogs, the 2012 action game set in Hong Kong. There's still no reason to think that there will be a sequel, but there's a report from Deadline that there's a movie coming based on the game.

The Sleeping Dogs movie will reportedly star Star Wars: Rogue One's Donnie Yen in the role of Wei Shen, or at least in a role similar to that. Deadline says that Yen will play an "undercover police officer on a mission to take down one of the most powerful and dangerous criminal organizations in the world: the notorious Triads." The movie will be produced by Fast and Furious producer Neal Moritz.

Videogame movies have a less-than-stellar reputation, but that hasn't stopped studios from rolling the dice on new films. Hopefully the Sleeping Dogs movie can buck the trend and do well.