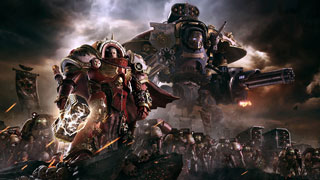 After announcing the release date of Dawn of War III yesterday, Relic has shared just how much PC you'll need to play it.

Yesterday, Sega and Relic announced the release date for Dawn of War III. The companies also showed off the Limited and Collectors Editions of the game, as well as the skin pack that pre-order customers will receive.

Today, we've seen the announcement of the game's PC system requirements. If you want to fight for the Emperor, you won't need a monster PC to take to the battlefield.

Dawn of War III is launching on April 27. If you need more info on the game, you can check out the game's Faction trailer, or its environment trailer. There's also 12 minutes of gameplay video out there as well.