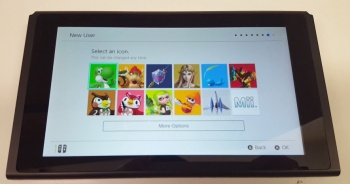 Don't expect a refund on your Nintendo Switch if it has a dead pixel.

Dead pixels, are defective pixels are pixels on a liquid crystal display that do not work as intended. They are most often characterized as a black spot on your screen that refuses to go away. This defect has been the bane of many tech enthusiasts for years - nothing is more aggravating than getting a shiny new gadget and having a big fat dead pixel in the middle of the screen - but according to Nintendo, it isn't a defect at all. From the company's UK website:

Small numbers of stuck or dead pixels are a characteristic of LCD screens. These are normal and should not be considered a defect.

This answer was posted in response to a Switch F.A.Q, that asked what to do if "There are black or bright dots on the Nintendo Switch screen that do not go away, or there are dark or light patches on the screen."

While this does seem harsh, Nintendo is not alone in this regard. According to a Dell representative, "A display with 1 to 5 Dead or Stuck pixels is within the industry standards, and is therefore considered an acceptable display." Keep in mind monitors are quite a bit larger than the Switch's screen, so dead pixels wouldn't be quite as noticeable.

We have reached out to Nintendo for comment on this story, and whether or not Switch users who encounter dead pixels will be eligible for refunds.