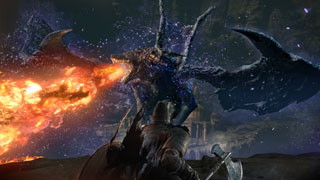 Get a look at what to expect in the upcoming Dark Souls III - The Ringed City DLC in these new screens and artwork.

Later this month, the final DLC for Dark Souls III will arrive: The Ringed City. In it, you'll be tasked with following the Slave Knight Gael "to the literal end of the world as he searches for the Dark Soul of Humanity."

To show off the game, Bandai Namco has rolled out a new set of screenshots and a few new artworks as well. If you haven't seen any of the gameplay from the DLC just yet, you can see about four minutes (warning, there may be spoilers) right here.

The Ringed City DLC for Dark Souls III is launching on March 27th for PC and March 28th for PS4 and Xbox One, and will run you $14.99.