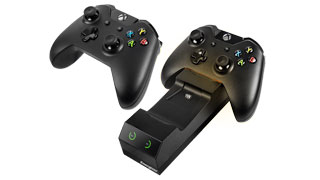 If you own a PDP Energizer 2x Smart Charger for your Xbox One controllers, you need to stop using it immediately.

Third-party peripheral manufacturer PDP has issued a recall on one of its Xbox One controller chargers due to a burn hazard. If you own the Energizer 2x Smart Charger, you should cease using it immediately. There have been approximately 121,000 of these chargers sold throughout the US, and another 10,000 between Canda and Mexico.

PDP says that it is recalling the units after receiving 24 reports of "the chargers overheating and deforming the charger's plastic cover, including 6 reports of chargers emitting a burning odor. " Luckily, there have been no reported injuries thus far, but why take a chance?

Rather than return the unit to the store where you purchased it, PDP asks that you contact its customers service department directly to arrange to return the charger for a full refund. You can find out how to contact PDP by phone or by online ticket over on the recall page on PDP's official site.