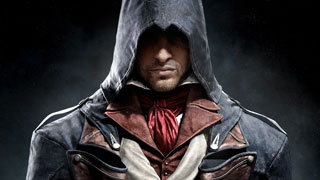 The next Assassin's Creed release could be a TV series, and it might even be on Netflix.

If you've wondered what's going on in the Assassin's Creed series of late, it turns out that Ubisoft is working on turning the games into a TV series. The project was confirmed by Assassin's Creed head of content Aymar Azaizia in a Reddit AMA yesterday.

When asked to provide more information about the rumored project, Azaizia replied, "It's like the movie guys, we will take our time, to get sure we deliver something we can be proud of, but if you wander if it's on our plan... YES." He didn't offer any other details, but the confirmation is definitely interesting. My imagination is hoping for a Quantum Leap-style offering that jumps from time period to time period based on the events in the present day.

You might remember Ubisoft CEO Yves Guillemot saying last year that the company was negotiating plans with Netflix for a new series. There was no word on what that series might be, but with the confirmation that an AC series is in the works, don't be surprised if it turns out to be a Netflix original. It's likely that any series would be produced by Ubisoft Motion Pictures, which also handled production on the recent Assassin's Creed movie.

Ubisoft is also working on a new Assassin's Creed game, but there's been no news on that other than a few persistent rumors that it will be titled Empire and be set in Eqypt. As is usually the case, we'll just have to wait and see.