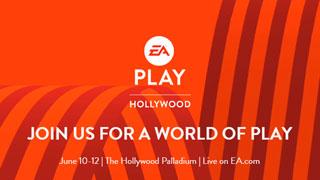 EA has revealed some of the games you'll be able to get your hands on at its EA Play event just before E3 2017.

We already know that EA doesn't plan to have a booth at E3 2017, but it will be in LA at its own event: EA Play. Yesterday, the company announced some of the games attendees to that event will be able to check out, as well as how you can get tickets.

The event will have a number of games to show off, and although EA hasn't revealed the full list, it's started off with some of its largest franchises. Attendees will be to get hands-on time with the next Star Wars: Battlefront, as well as the newest installment in the Need for Speed series. EA also mentioned that its annual sports titles will be there, including Madden NFL 18, FIFA 18 and NBA LIVE 18. There will be more games at the event, but EA is holding out saying that it will "have more to share in the coming months."

EA Play will be held at the Hollywood Palladium June 10-12, and if you want to attend, you should probably clear April 20 on your calendar, at least around 12 PM ET. That's when tickets will be made available, although EA has yet to detail exactly how that process will work. If you want to keep up with all the announcements, you can sign up for updates on the EA Play website.