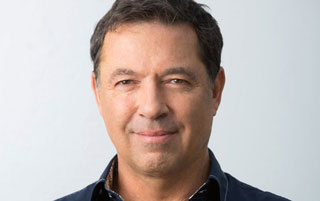 Brian Fargo has worked on numerous games during his career, but it sounds like Wasteland 3 will be the last.

Brian Fargo's resume reads like a Who's Who of popular PC games. He's worked on the Fallout, Baldur's Gate, and Wasteland franchises, had a hand in Blizzard's The Lost Vikings, founded Interplay in 1983 and inXile in 2002, among other things. In short, he's had a phenomenal career. His most recent project, Torment: Tides of Numenera, launched earlier this year. But yesterday, he announced that once inXile ships Wasteland 3, he'll be ready to retire.

Fargo told Eurogamer, "I love this industry, but I've been at this since 1981. I've been at it with Ken and Roberta Williams [co-founders of Sierra], Trip Hawkins [founder of EA], the guys from Broderbund - I look at my friends, they have a lot more spare time than I do. It's a very intense business. It's all encompassing. It seems like I should relax for a little bit."

There's no word on who might succeed him at the helm of inXile, but Fargo did have some praise for his team. "I have some wonderfully competent people who are making it happen here," he said. "One of the things I enjoy the most is finding and fostering talent. Certainly, externally everybody knows we gave Blizzard and BioWare their first shots. Internally I have my own guys who are just great. They're very tuned into these products. I'm good at finding these people and putting the talent together. I've been training these people for years to make me obsolete. That's what you have to do as a leader of a company."

When Fargo does leave, it sounds like in Xile will be in a great financial position. He said, "We don't owe any external people any money. We don't have any debt. The other shares are with some of the employees of the company. So as long as it continues doing good product it should be fine."

Wasteland 3 isn't due out until 2019, so Fargo won't be leaving in the next few weeks or anything. If the game hits its planned release date, Fargo will be retiring after a very successful 38-year career. As that game will be his last hurrah, so to speak, Fargo says that, "It puts even more pressure on my to make damn sure that thing is stellar."