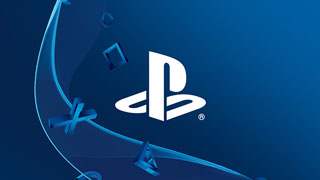 Today's PS4 Pro update will add the ability to play 4K video, but only from the media player - not from 4K Blu-rays.

There's a new PS4 update rolling out today, and it brings a much-needed feature, Sony says: the ability to watch 4K videos. Once the update is live, the PS4 Media Player app will be able to play 4K videos in mp4 format from any USB drive or home media server. There is a bit of a limitation: if you've already formatted your external drive or USB stick to use a extended storage for your PS4, it can't be used to save and play videos.

The update is also good news for PS VR users. Although the headset only displays resolutions up to 1920x1080, 4K videos will have "a higher image quality compared to HD VR videos." Sony's post says that you can, "Capture stunning 360 degree 4K footage, and then immerse yourself in that footage in VR at home."

You still won't be able to watch 4K Blu-rays, as that's a hardware limitation of the PS4, not a software one. Still, you can check out 4K content not only from your local media, but from streaming services like NetFlix, YouTube, and Hulu.