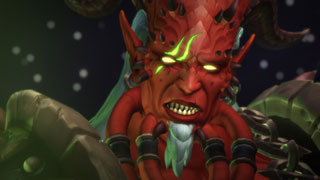 Blizzard slipped an undocumented change into the 7.2 patch for World of Warcraft, and the community is not pleased.

UPDATE (3/29/2017 22:00): After all the uproar earlier today, Blizzard has made some drastic changes to how level scaling works. In a post to the forum thread mentioned below, Blizzard Community Manager Ornyx announced that the following changes had been patched into the game:

Ornyx also write that Blizzard would be addressing the behavior pointed out by players, where unequipping an item could drastically weaken an enemy. That fix is planned for "later today."

Finally, Ornyx added that the original change was present in the PTR, but was again omitted from patch notes for the same reasons stated below. We'll keep an ear out as to how these tweaks are regarded by the community, but for now it seems as though some are happy with the changes, while others continue to call for a complete removal of this new scaling.

ORIGINAL STORY:If you've been playing World of Warcraft since yesterday's 7.2 patch, you may have noticed that the world quests you were doing before the patch seem a bit harder now. At least, that's the case if your item level is 850 or higher. Why? Well, it seems that Blizzard slipped a new scaling feature into the patch, but didn't bother to mention it in the patch notes.

There's a long thread in the game's official forum discussing the change, with opinions ranging from disbelief to hopes that the change was just a bug. One player even posted the numbers he found from researching in-game, with a level 110 Elite Illidary Enforcer going from 15,589,000 hitpoints at player item level 850 to 18,940,000 hit points at player item level 875. Players even reported that they could kill enemies more efficiently by removing a piece of gear to drop their item level down to 850.

About five hours after the thread was posted, WoW game director Ion Hazzikostas came to the thread, posting a confirmation that "Yes, this reflects a deliberate change, but it's also not working exactly as we intended." Apparently, the team felt that players were getting too powerful in relation to the content, and this change was planned to slow down the advancement curve. The current state of affairs, though, doesn't reflect what they had in mind, says Hazzikostas, and the system could still be tweaked or even removed entirely.

Players, at least those posting in the forum, were almost universally upset. First, they were unhappy with the substance of the change, as it not only removed a lot of the incentive to acquire better gear, but it actually punished players who had that gear. Second, and more important to many, this change never appeared in the patch notes for 7.2.

Blizzard says that omission was intentional. Hazzikostas acknowledged that Blizzard left the change off the notes, but said it was to see how players would react when they weren't aware that such a change had happened.

"It was not to be deceptive," he wrote, "we know it's impossible to hide a change from millions of players. But the system was meant to feel largely transparent and subtle, just like level-scaling does if you don't stop and really think about it, and so we did want players to first experience the change organically. Your feedback and reactions and first impressions of the system are more useful in this particular case when they are not skewed by the experience of logging in and actively trying to spot the differences."

But the community seems loathe to accept that reasoning, and the thread on the forums has swelled to 150 pages at the time of this writing. A sampling of recent posts finds phrases like "This decision is straight up terrible," and "BAD MOVE on BLIZZ part."

We'll have to wait and see how Blizzard addresses the discontent, but for now, it sounds like we can expect at least a tweak to this mechanic to make its effects less profound. Otherwise, the prospect of grabbing better gear only to have a harder time killing mobs in the world could quickly drive players away from the game.

We'll keep an ear to the ground on this story, and update if Blizzard makes any changes.