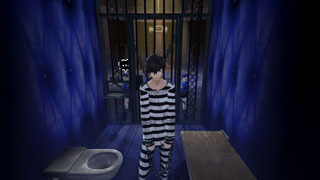 If you're planning to play Persona 5 on PS4, you should know that you won't be able to use PS4 Share features in the game.

Persona 5 has been out since September 2016 in Japan, but you may have noticed that there's almost no content from the game coming from PS4 Share, with the exception of a few pictures of the menu. There's a good reason that you're not seeing many screenshots and more: Atlus has disabled the sharing feature on PS4 for the majority of the game.

Atlus confirmed to Polygon that it had made the decision to prohibit the sue of PS4 Share features, largely because Persona 5 is primarily a story-based game. The company rep said, "This being a Japanese title with solely a single-playthrough story means Japan is very wary about it. Sharing is currently blocked through the native PS4 UI."

Atlus also confirmed that the feature will continue to be blocked once the game launches in the US. That means that if you want to share screens or videos from the game, you'll need to use your phone or another device to record off-screen.