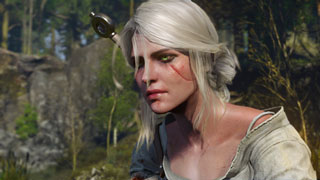 CD Projekt says that it might make another game in the world of The Witcher, but "a trilogy can't have a fourth part."

Yesterday, CD Projekt held its yearly financial meeting, where the news came out that The Witcher games have sold over 25 million copies. At that same meeting, once all the announcements were done, the company held a brief Q&A session. As you can imagine, the topic of another Witcher game come up.

In response, CDP President Adam Kicinski said, "The Witcher was designed as a trilogy and a trilogy can not have the fourth part, can it?" That seems to put an end to the idea that we'll see another game starring Geralt of Rivia. However, he didn't completely slam the door on revisiting the world.

"We like this world a lot," Kicinski said. "We invested 15 years of our lives in it and a lot of money. So we'll think about [it]." So while there may not be much of a chance of playing as Geralt, it is possible that we'll see another game in the same setting. It could be a game where we get to play as Triss or Yennifer, and see where they came from and what their stories are like. The continued adventures of Ciri would also be a possibility. It could also be a new story set in the universe, much like Bioware did with Mass Effect: Andromeda.

Whatever CD Projekt decides to do, you can rest assured that if it involves The Witcher, people will be willing to give it a look. You can see the exchange mentioned above in the video below, at around the 41:50 mark.