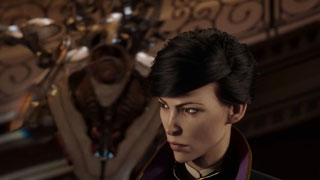 From April 6, you'll be able to play the first three missions of Dishonored 2 absolutely free.

If you are still on the fence about Arkane Studio's Dishonored 2, the good news is you'll soon be able to try-before-you-buy. Starting from April 6, a trial version of the game will be made available to gamers on all of its platforms. The trial consists of the game's first three missions, and you'll be able to play them as either Corvo or Emily.

Of course, if you decide to upgrade to the full game during or after the free trial, you'll keep all of the saves made during the trial, and can continue enjoying Dishonored 2's campaign from where they left off.

You can download the trial over at the PSN store, the Microsoft store or the Steam store as soon as it goes live. There are no restrictions on how long you can play the trial for, so you can replay those first three missions as many times as you want.

Three missions is actually pretty generous of Bethesda. Considering there are only nine missions in the whole game, you get to play the first third of it for free. The game also struggled with technical issues on certain hardware configurations, so the trial is a great way to make sure it will run smoothly on your PC before committing to a purchase.