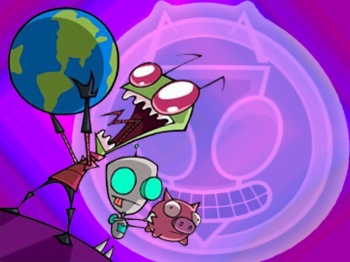 Nickelodeon is bringing the cult classic Invader Zim back for one final TV movie.

Invader Zim was truly one of the greats of the golden age of Nickelodeon. Tragically short at just two seasons, Zim will now finally get the send-off he deserves with plans to release an exclusive 90-minute TV movie in the coming years.

The Invader Zim movie joins the likes of Hey Arnold! and Rocko's Modern Life, which are also getting TV-movie revivals. This is all happening as part of a Nickelodeon event celebrating 25 years of Nicktoons.

Invader Zim followed the exploits of Zim, an incompetent but determined alien invader who arrives on Earth with imperialistic ambitions to essentially conquer the human race and take over the planet. The show lasted only two seasons but quickly became a cult classic due to its incredibly dark humor.

There's no release date for the Invader Zim movie as of yet, but Hey Arnold! The Jungle Movie will launch by the end of the year.