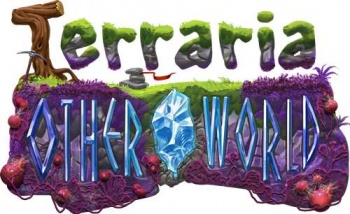 The reason we haven't heard anything about Terraria: Otherworld since 2015 is the game is woefully behind schedule.

Way back in 2015, Terraria developer Re-Logic announced Terraria: Otherworld, a kind of spin-off of the original game in development by Engine Software. We haven't really heard anything about the new game since then, and today Re-Logic has revealed why: things are woefully behind schedule, and Engine Software has been replaced with another developer.

"As much as we hate to say it (and in spite of all of the reforms we tried last year) - the current state of [Terraria: Otherworld] is still equal parts far from that vision and well behind schedule," wrote Re-Logic in a forum post.

"As a result, we have made the decision to move on from having Engine Software continue development of Terraria: Otherworld. Re-Logic has possession of the game (code, art, sounds, etc.) as it exists today, and we have been examining the array of options available to us to get TOW to a place to where we can confidently deliver on the vision and expectations we all have for this game. After taking a good hard look at everything, we feel that a new and fresh start/direction is the only way Otherworld will ever reach its full potential at this point."

The new developer revealed to be taking the reins from Engine Software is Pipeworks. Pipeworks has some experience with Terraria, having worked on the re-write on mobile and console.

Either way it looks like we won't see Terraria: Otherworld for quite some time.