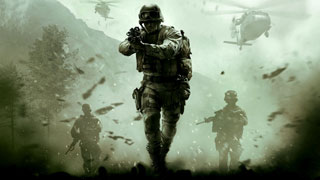 The newest cinematic universe could be based on one of the biggest video games of all time: Call of Duty.

We've seen plenty of video games make the jump to the world of movies, but most - some would say all - have been less than stellar. Now it sounds like Activision is about to take the plunge with one of its biggest franchises: Call of Duty.

Activision Blizzard Studios was founded back in late 2015, with president Nick Van Dyk joined a couple of months later by Hollywood producer Stacey Sher as co-president. The announced plan for the studio was to work on movies based on the Diablo and StarCraft franchises, but it now sounds like it may be focusing on creating a Marvel-like cinematic universe based on the CoD series.

In an interview with The Guardian, Sher said, "We put together this group of writers to talk about where we were going. There'll be a film that feels more like Black Ops, the story behind the story. The Modern Warfare series looks at what it's like to fight a war with the eyes of the world on you. And then maybe something that is more of a hybrid, where you are looking at private, covert operations, while a public operation is going on."

Van Dyk added, "It's going to have the same sort of high-adrenaline, high-energy aesthetic as the game, but it's not a literal adaptation. It's a much more broad and inclusive, global in scope... a big, tentpole Marvel-esque movie."

The plan is apparently to make the cinematic universe that is inspired by the games, rather than using the actual plots from the games. According the The Guardian article, there are already several scripts, and they were created with research involving military experts and retired soldiers.

The first Call of Duty film could hit theaters as early next year, and if it's well-received, we could see more movies on a regular basis. It just remains to be seen if Activision can find the elusive formula that makes a good video game movie.