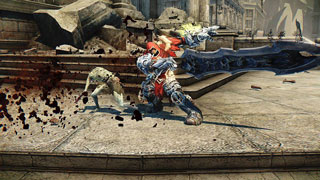 The newest Humble Bundle offers up the chance to snag over $330 worth of PS3 and PS4 games from THQ Nordic.

Humble Bundle is constantly adding new bundles of games that make you want to part with your cash. The latest bundle features a batch of games from THQ Nordic, and they're all for PS3 and PS4.

As with all Humble Bundles, the games are set up on a tiered system. As you pay more, you'll gain access to more titles. Here's what's included:

Pay more than $15 to get all of the above, plus

The bundle is available until 2 PM ET on April 18. You can grab your bundle over at the Humble Bundle site.