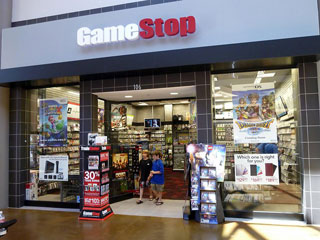 If you've ever ordered anything from GameStop's website, your data may have been stolen.

It sounds like there's a good chance that GameStop was the victim of a hack sometime in the recent past. The news comes from the KrebsOnSecurity blog, which reports that both customer data and credit card info could have been compromised. After contacting GameStop, the site was given the following statement:

"GameStop recently received notification from a third party that it believed payment card data from cards used on the GameStop.com website was being offered for sale on a website. That day a leading security firm was engaged to investigate these claims. Gamestop has and will continue to work non-stop to address this report and take appropriate measures to eradicate any issue that may be identified."

GameStop did not comment on the timeline of the suspected breach, and did not confirm what sort of data may have been compromised. GameStop's statement on the matter reads,

"We regret any concern this situation may cause for our customers. GameStop would like to remind its customers that it is always advisable to monitor payment card account statements for unauthorized charges. If you identify such a charge, report it immediately to the bank that issued the card because payment card network rules generally state that cardholders are not responsible for unauthorized charges that are timely reported."

We'll keep an eye on this situation and update with any new information that becomes available. For now, if you've made a purchase at GameStop's website recently, you should scrutinize your account for any unauthorized activity.