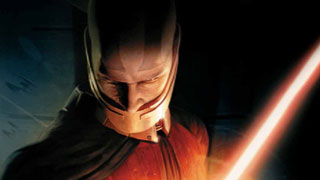 If a rumor making the rounds is true, Bioware Austin could have a new Knights of the Old Republic game in the works.

The rumor comes courtesy of Liam Robertson's Patreon page, where he reveals bits of info that he's uncovered from around the industry. He previously was first to reveal Middle-Earth: Shadow of War, as well as being first to announce the cancellation of Scalebound.

In a podcast for his Patreon backers, Robertson said, "I've learned now that [BioWare Austin is] pretty much now exclusively working on Star Wars games and they're going to be doing that for the indefinite future. What they're currently working on right now - and I have this on good authority - is a sort of remake/revival of Knights of the Old Republic."

But apparently the scope is shifting as the project progresses. As Robertson went on to say, "I don't know when this is set to come out, but it has been in development for a little while now. I don't really know how that game will end up. I've heard that it isn't exactly a remake anymore, but it started as a remake/revival. Now it's kind of going from that blueprint in sort of its own original thing. I guess we'll see what that turns out to be, but they are prototyping it right now."

Obviously, this rumor is unconfirmed, and there's little doubt that Bioware won't be willing to to offer up any more info, although we have sent them a request for comment. As with any rumor like this, it's best to take it with a huge grain of salt, and wait to see what emerges. Still, I'd certainly play a new KOTOR, wouldn't you? That would be even better than when someone remade KOTOR in Unreal Engine 4.