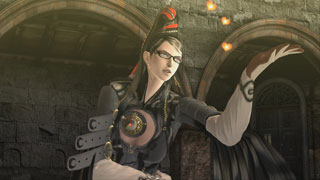 "If it were up to us, we'd port all of our games to PC, but it all depends on the publishers," says Bayonetta developer Platinum Games.

Today was a great day to be a PC gamer, with Platinum Games announcing the surprise release of the original Bayonetta on PC, with a bunch of fancy new graphics options and 4K support. But Bayonetta was released going on eight years ago now, back in 2009. What took so long, and furthermore, what does this mean for all of Platinum's other games and their future on the PC? Speaking with PC Gamer, Platinum stated that it would love to port all of its games to PC, but publishers keep this from happening.

"The PC market is huge and can definitely not be ignored. We are absolutely aware of that, and we've always felt this way," a spokesperson for Platinum told PC Gamer. "We've always had a positive stance towards porting our titles to PC, but the decisions as to which platforms we release our games on, and which platforms are the main focus for the games we make are largely made by the publishers, so this is not something we can decide on our own."

"If it were up to us, we'd port all of our games to PC, but it all depends on the publishers."

The spokespoerson went on to say that most third party publishers nowadays realize the PC should not be ignored, and believes it will be able to be more active in the PC market going forward.

"We still feel strongly about putting more consideration into the PC market. If our current efforts prove successful, this will only make PC development more attractive."

So if you want to see more Platinum Games games on PC, then you should probably go and buy Bayonetta.