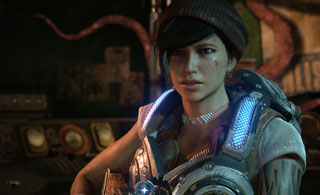 The Coalition is about to let PC and Xbox One players go head-to-head in ranked competitive matches in Gears of War 4.

PC gamers and console gamers never get to play against each other. While a few games, like Gears of War 4, have allowed them to play cooperatively, the prevailing wisdom was that the super control scheme of mouse and keyboard would lead to PC players dominating their console brethren. Back in 2010, Microsoft was rumored to have killed an entire project due to the imbalance in control schemes, at least according to the founder of Voodoo PC, Rahul Sood.

But that barrier is apparently about to be broken, as The Coalition plans to bring competitive ranked cross play to Gears 4 in an upcoming patch. As mentioned above, the game has offered crossplay in social playlists for a while now. But with the move to bring crossplay to ranked, the developer will offer Xbox One players the option to take on their PC counterparts in competition for ranks in any core or competitive playlist. PC players, however, will not have the option to exclude Xbox players from their playlists.

The update that enables this change won't be out until "later this year," but it should be very interesting to see how it plays out. We've already seen the disparity in the two control schemes in the news thanks to Overwatch, where a good percentage of the top-ranked console players are using input conversion devices or even officially released keyboard and mouse controllers.

How will it play out in Gears 4? It's tough to say just yet, but don't be surprised if there are a lot of Xbox One players rushing to make sure that toggle is set to "Off."