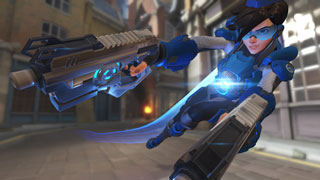 The newest Overwatch patch is live, and it makes some changes to how win and loss streaks affect your Skill Rating.

The rating system in Overwatch is in constant flux, sometimes changing in major ways from season to season. There are also some tweaks that are made at other times, and yesterday's 1.10 patch has one of those tweaks.

The change affects a so-called "streak multiplier," which is used to accelerate how quickly your skill rating changes when you win or lose several matches in a row. This helps to combat what is known as "Smurfing," where a skilled player creates a new account to be able to play against lower-ranked players and beat up on them. Basically, the more games you win or lose in a row, the more each win or loss changes your skill rating.

The change in 1.10 is to make that streak multiplier less aggressive. According to a forum post from Overwatch Principal Designer Scott Mercer, "You now need to win or lose more games in a row before any multiplier is used, and it scales up at a slower pace. Furthermore, we will now try to only use the multiplier in cases where the matchmaking system has some confidence that the player's MMR and skill are wildly mismatched. In cases of natural, random streaks, you ideally shouldn't see any acceleration either up or down at all."

Patch 1.10 went live last night alongside the Uprising event, which runs through May 1.