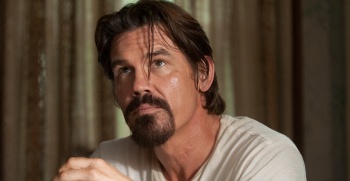 After months of speculation, Cable has finally been cast.

Despite already playing Thanos in the Marvel Cinematic Universe, Josh Brolin has now been cast in a different Marvel-affiliated superhero property: he's going to be playing Cable in Deadpool 2.

The cast comes after more than a year of speculation following the post-credits scene in the first Deadpool, during which time the eponymous character, played by Ryan Reynolds, mentioned that the character would appear in the sequel, and that maybe Keira Knightley would be a good fit.

Since then, it feels like everyone has been "attached" the role. Michael Shannon, Pierce Brosnan, - even someone like Brad Pitt has been rumored.

Ryan Reynolds has since joked about the casting on Twitter.