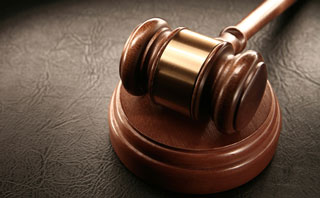 It sounds like Oculus and Zenimax may be back in court before too long.

The long-running lawsuit between Oculus and Zenimax over the virtual reality technology in the Oculus Rift headset came to and end in February, when a jury awarded Zenimax $500 million in damages. At the time, a spokesperson for Oculus said that the company planned to appeal the decision.

Last week, the Facebook subsidiary filed a motion for a new trial in the case. The motion (you can read it in full here) amkes the claim that new trial "is warranted...because the verdict is against the great weight of the evidence, the damages award is excessive, and the spoliation testimony and adverse inference instruction tainted the jury."

The motion also calls the jury's verdict "irreconcilably inconsistent," which brought to mind Oculus' John Carmack made similar statements just after the initial verdict was announced. Carmack has also filed a $22.5 million lawsuit of his own against Zenimax. As if all of this wasn't complex enough, there's still the matter of the possibility of Zenimax filing an injunction against Oculus.

We'll have to wait and see if the judge grants either the Oculus request for a "judgment as a matter of law," or the accompanying motion for a new trial. If and when either of those happen, we'll let you know.