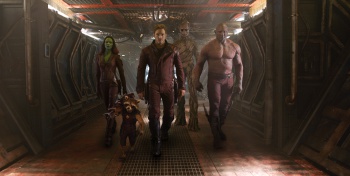 Director James Gunn, who was behind the first two Guardians of The Galaxy movies, will helm the third installment.

"I can't fricking wait to get started," said Gunn in a Facebook post, noting that "like in both Vol. 1 and Vol. 2, we will work on creating the story that goes beyond what you expect."

Gunn went on to give us a little bit of an insight into the movie's story, stating "It will conclude the story of this iteration of the Guardians of the Galaxy, and help catapult both old and new Marvel characters into the next ten years and beyond," he said, adding that he "will be working side-by-side with Kevin Feige and the gang to help design where these stories go, and make sure the future of the Marvel Cosmic Universe is as special and authentic and magical as what we have created so far."

"In the end, my love for Rocket, Groot, Gamora, Star-Lord, Yondu, Mantis, Drax, and Nebula - and some of the other forthcoming heroes - goes deeper than you guys can possibly imagine, and I feel they have more adventures to go on and things to learn about themselves and the wonderful and sometimes terrifying universe we all inhabit," said Gunn.

Guardians of The Galaxy Vol. 3 will take place sometime after the events of Avengers: Infinity War.