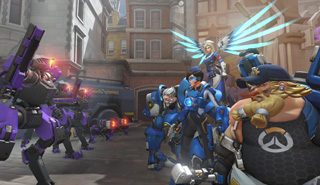 Blizzard has at least six new Overwatch maps in development, and three of them could be released this year.

Overwatch players are always on the lookout for more content, and new maps are no exception. It sounds like Blizzard may have something new in store, as game director Jeff Kaplan revealed in the forums today that the company has at least six new maps in development, and three of them could be out this year.

The news comes in a thread on the game's official forum. When asked if two new maps a year would be enough to sustain the game, Kaplan replied, "We currently have 3 maps in development, all past the initial playtesting phase that are "standard" maps (QP/Comp). While something could always change, all 3 of those are looking likely for a release this year. We also have 3 non-standard maps in development (these won't go in QP/Comp). We also have a few other experiments going on."

Those three maps sound like pretty sure things for a release this year, and the non-standard maps could be new arcade maps, or something altogether new. We'll have to wait and see, but we'll definitely be keeping an ear to the ground.

In the meantime, you can still put some time into the game's Uprising event that runs through May 1.