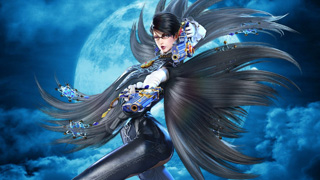 A series of uploaded videos are making Platinum Games fans think that a third Bayonetta game could be announced soon.

Platinum Games has been in the news a lot of late. First there was the long-awaited release of Bayonetta on PC, followed by what looked like a tease of a PC version of Vanquish yesterday. It looks there was one other possible tease yesterday as well, and many believe it could mean that the developer is going to announce Bayonetta 3.

The company uploaded five short videos to its YouTube channel yesterday. Each contained a brief scene from previous titles in the series, and each scene repeated three times. It appears that the videos were posted as part ofthis article on the Platinum Games website, which seems to have Bayonetta teaching English. Why the scenes repeat three times isn't clear.

Many people have already seized on these videos as being teasers for Bayonetta 3, but that may just be wishful thinking. The fact that the videos loop three times could just be a coincidence, but with Platinum's recent activity, it's hard not to think that the developer may have something else up its sleeve. If there is something in the works, it's likely we'll hear about it sometime between now and the end of E3 in June.