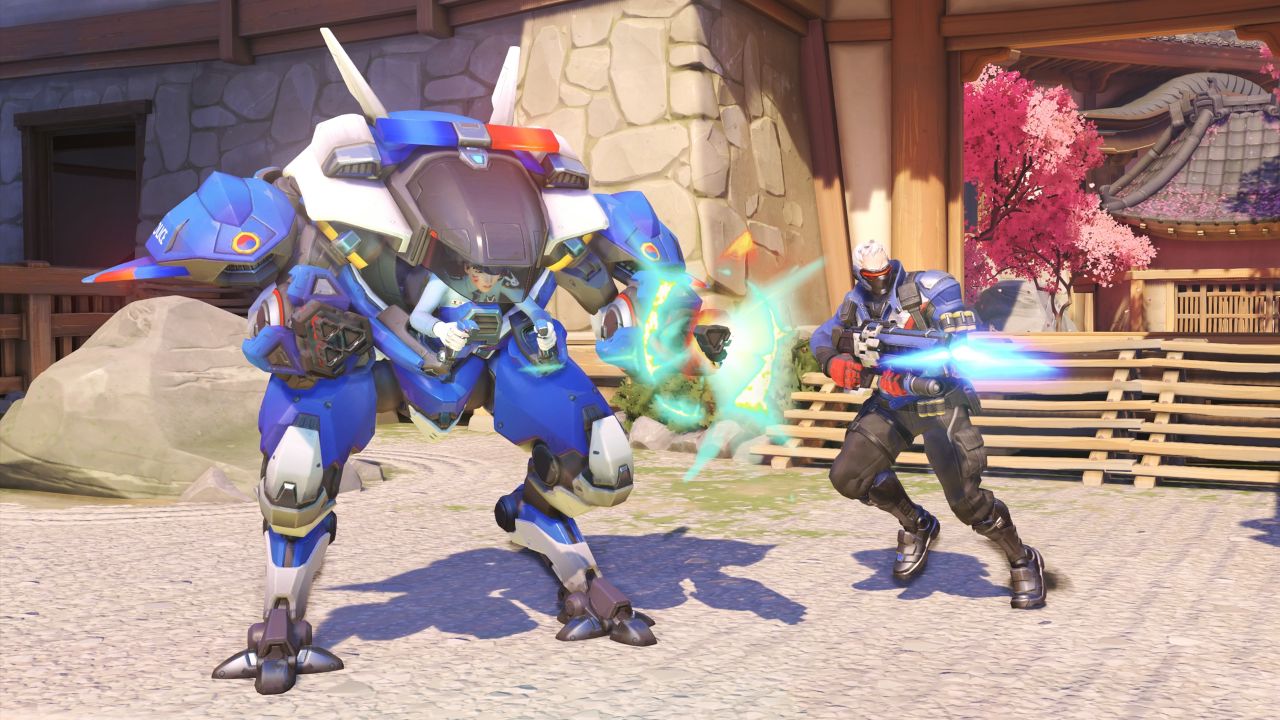 The Heroes of The Storm Nexus Challenge is back, allowing players to unlock rewards in both Overwatch and HoTS.

Last year, Blizzard kicked off the Heroes of The Storm Nexus Challenge, tasking players to play 20 games with a friend and rewarding them with loot in both HoTS and Overwatch. Today, with the launch of Heroes 2.0, the Nexus Challenge is back, and while it's a little different, the same basic principle is in place: play HoTS with friends, get free stuff.

This time around, rather than simply winning 20 games all at once, it's being broken up into four weeks of five. Each week a new "quest" will offer a new set of rewards.

In the first week, which starts today, if you play five games with a friend, you'll get the Orochi Hovercycle Mount (6 color variations), Oni Genji Warbanner, Oni Spray and Oni Genji Portrait in Heroes of The Storm, and the Oni Genji Skin, Oni Genji Player Icon and Oni Genji Spray in Overwatch. These were the major rewards from the first Nexus Challenge, so if you missed out back then Blizzard have given you a second chance.

Week two, starting May 1, will reward you with the Busan Police Hovercycle Mount in HoTS and the Officer D.Va Skin for Overwatch.

Finally, week four which starts on May 15 will award you with ten loot chests in each game, for a total of 20.

It's a bunch of cool free stuff for both games, simply from playing the game. So go out there and get it!