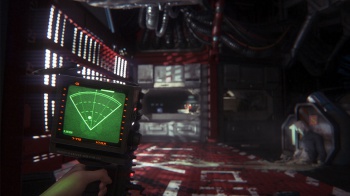 A report from the Official PlayStation Magazine is suggesting that Creative Assembly is working on a new Alien game.

Alien: Isolation was one of the sleeper hits of 2014. Following the critically-panned Colonial Marines in 2013, Isolation surprised pretty much everyone by delivering an experience that was frightening, fun, and faithful to the Aliens franchise. Now, according to the rumor mill, a sequel is already being planned, and may even start production this year.

In next month's issue of Official PlayStation Magazine, it's claimed that the studio may be starting up a new Alien game. "Our sources tell us that after work is finished on Halo Wars 2, a new Alien game may start development over at Alien Isolation dev Creative Assembly," writes the magazine.

Additionally, the West-Sussex based developer has recently expanded its operations with the acquisition of the shuttered Crytek Black Sea studio in light of its work on the Total War series.

In an interview with AVP Galaxy some time ago, Game Designer Gary Napprethe said "The plot for a sequel is a daily topic in the studio sometimes. People have their own ideas for where it should go, our writers have some solid concepts and yes, we do have a great opportunity to continue her story."