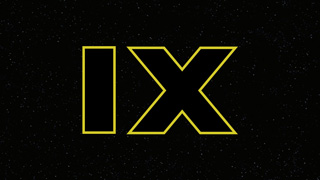 The release dates for the Star Wars Episode IX and the next Indiana Jones films have been made official by Lucasfilm.

Lucasfilm has surprised many by announcing the official release dates for not only Star Wars Episode IX, but the next Indiana Jones movie as well.

We've already heard some bits and piece of information about Episode IX. It was originally thought that the late Carrie Fisher might make an appearance, but that was later clarified as false. It will be directed by Colin Trevorrow and will break from the recent movies by not appearing in theaters in the month of December. Instead, it will be released on May 24, 2019. We don't yet know what its subtitle will be, but Lucasfilm has said that it will "close out the third Star Wars trilogy."

As to the next Indiana Jones movie, we already know that Harrison Ford will be returning to the role he made famous, and that the script will be penned by David Koepp, co-writer for Indiana Jones and The Kingdom of The Crystal Skull. Steven Spielberg will be directing. While Alan Horn, chairman of Walt Disney Studios, had previously said that the company couldn't wait to, "bring him[Jones] back to the screen in 2019," today's announcement reveals that our wait will be just a bit longer. The fifth Indiana Jones film will launch on July 10, 2020.

If you can't wait that long to get your Star Wars fix, you can look forward to The Last Jedi this December.