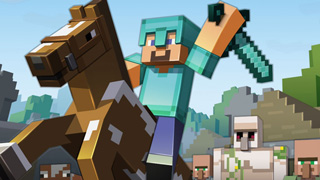 The teenager who created the Titanium Stresser program has been sentenced to two years in jail.

Between late 2013 and early 2015, there were a number of distributed denial of service attacks carried out against various game servers and websites. Now the hacker that created the software responsible for those attacks has been sentenced to two years behind bars.

Hackers carried out over 1.7 million attacks using the Titanium Stresser program created by 20-year-old Adam Mudd. The attacks targeted networks including XBox Live, Teamspeak, and others, as well as Minecraft. He was also personally responsible for 594 DDoS attacks against 181 IP addresses between December 2013 and March 2015. Mudd also sold the program to other hackers, earning nearly $500,000 in cash and bitcoin.

Mudd plead guilty to the charges, and also admitted to breaching the security of West Herts College. The judge noted that the crimes in question had repercussions "from Greenland to New Zealand, from Russia to Chile," and said that the sentence he handed down would need to have "a real element of deterrent."

After citing his "duty to the public who are worried about this, threatened by this, damaged by this all the time," the judge handed down the two-year sentence. He refused to suspend the sentence, saying, "I'm entirely satisfied that you knew full well and understood completely this was not a game for fun."

According to The Guardian, Mudd "showed no emotion" at the verdict.