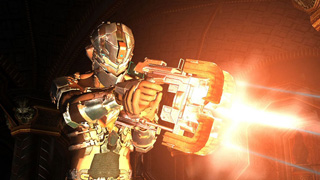 Fans of Dead Space 2 and Dead Space 3 can now play those games on their Xbox One, as both have hit the backwards compatibility list.

If you don't own the games, you could buy them for $19.99 each from the Xbox Store, but you could save some cash by picking them up elsewhere online, or even second-hand.

Also joining the list are a host of hunting games. You can now play Cabela's Dangerous Hunts 2013, Cabela's Hunting Expeditions, Cabela's Survival: Shadows of Katmai, and Cabela's Alaskan Adventures on your Xbox One.

You can find the full list of backwards compatible titles right here.