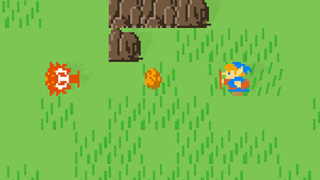 Unsurprisingly, another fan-made project had been shut down by a copyright claim from Nintendo.

Another day, another fan project shut down by Nintendo. This time around, it's the 2D adaptation of The Legend of Zelda: Breath of the Wild.

Titled "Breath of the NES," the 2D adaptation was inspired by the 2D test game shown at GDC earlier this year that looked like the original Legend of Zelda. Created by a fan using the name Winterdrake, "Breath of the NES" was one person's interpretation of what Breath of the Wild would look like in the 2D retro style.

A demo of the fan game was uploaded to itch.io last week. It was playable, and included things like a day/night cycle, enemies, collectibles, and an interactive environment. But as you might imagine, the uploaded game didn't last long. Over the weekend, itch.io received a DMCA claim from Nintendo that pointed to the company's copyright on The Legend of Zelda series.

Looks like @NintendoAmerica wasn't a big fan of Breath of the NES! pic.twitter.com/PvMxDrU7oz— WinterDrake (@WinterDrakeDev) April 30, 2017

This may not be the last we see of the project, though. In a subsequent tweet, Winterdrake said, "Don't worry, the project will come back bigger and better than ever!" and when asked what he was going to do next, he replied, "I'm growing the game into a higher quality original game!"

This isn't the first project to get whacked with the Nintendo copyright bat, and it likely won't be the last. It sounds like this project may not be completely dead, but you can bet that it won't look anywhere near as much like The Legend of Zelda if and when comes back.