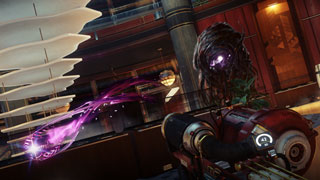 If you're worried about the PC version of Prey, Arkane wants to reassure you it's learned from Dishonored 2.

When Dishonored 2 launched on PC, players quickly ran into some performance issues with the port. Arkane released a patch that remedied most of them, but the studio wants to make sure that gamers know that it doesn't plan to let those same sort of issues happen with the release of Prey on PC.

Back in January, Prey creative director Raphael Colantonio addressed the concerns, saying that the studio is, "paying double attention to make sure that this time the PC version is really flawless when we ship." He's spoken up about the issue again this week.

In an interview with Gamespot, Colantonio said that Arkane Austin had "doubled [its] thoroughness" in testing the PC version of Prey. He went to say, "We're pretty confident. First of all, it's not like we first do the game on console and then in the end we suddenly port the game to PC. It starts on PC. That's how game development works."

He then said, "The real reason why PC games often have problems is because there are so many permutations of hardware. [And] sometimes it's timing-drivers come out the same time as our game. Something happens that makes it more challenging. At this point the game is fully ready, but that's what we've been doing for the past months-a lot of tests on different configurations and making sure it works. So we're pretty confident. You never know. But we're pretty confident."

Hopefully, Colantonio's confidence is well-founded, and the PC version of Prey launches without issue. We won't have to wait long to find out, as the game is coming to PC, PS4, and Xbox One this Friday, May 5.