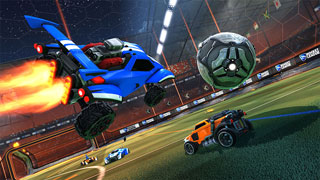 You can check out Rocket League, the arcade-style vehicular soccer game from Psyonix, for free on Steam this weekend.

You'll be able to check out the full base game, including all the playlists. Rocket League also offers up cross-platform multiplayer, so finding someone to play with shouldn't pose a problem.

The free weekend is already underway, and runs through Monday. As is usual, the game is also on sale for 30 percent off. That makes the base game just $13.99, and the Game of the Year Edition, which packs in some cosmetic DLC, for $17.49. Most of the game's DLC is 30 percent off as well.

You can start up your free weekend by downloading Rocket League on Steam.