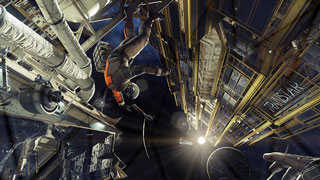 If you've been crashing in Prey, you'll be glad to hear that Bethesda is planning to release a patch later this week to address those issues.

Prey has been receiving quite a bit of praise from players, but some folks playing on PC have been running into issues. Reports of crashes and corrupted saves have popped up, and Bethesda is taking steps to address those soon.

In a post on the Bethesda.net forums community manager jurassica says that the company is "looking to release a Steam Beta Update that should fix the crashes some of you are experiencing that may or may not have corrupted your saves."

Also planned for this patch are "a few other fixes we will share when we release the patch notes along with the beta when it is live." The post also says that once the company knows that the beta update is "good to go," the patch will be rolled out on console "shortly after."

Bethesda asks that if you are still experiencing issues, to please report them on the forums. Let us know how Prey is running for you, and what you think of the new game, in our forums!