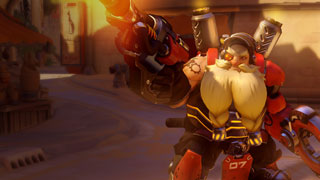 If there's one most-requested feature for Overwatch, it's probably highlight recording, and we should hear more about it soon.

Overwatch players have been asking Blizzard to let them save their awesome plays pretty much since Blizzard's shooter first launched. It's been mentioned a few times in the past, and now Blizzard is saying we should hear more about the features soon.

In a post on the game's official forums yesterday, game director Jeff Kaplan said that the ability to save and export highlights is "the current focus of the feature team (one of the smaller development strike teams on the Overwatch team). The team is working extremely hard on this and has been for months. Expect more details early this summer."

So if you're tired of pulling off an awesome play, only to have the play of the game go to Torbjorn again, you can look forward to saving all your awesome exploits soon.