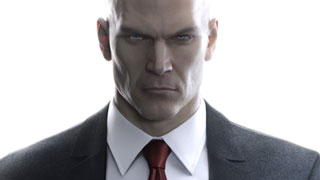 Square Enix is looking for a buyer for IO Interactive, the studio behind the Hitman series.

It sounds like Bioware Montreal isn't the only developer experiencing an upheaval right now, as Square Enix is in search of a buyer for Hitman developer IO Interactive. The news came to light as Square Enix sent out a note to investors announcing that it was booking a $42.4 million "extraordinary loss" in its financial results for the recently ended fiscal year. The cause of that loss? The sale of IO.

The notice reads, "To maximize player satisfaction as well as market potential going forward, we are focusing our resources and energies on key franchises and studios. As a result, the Company has regrettably decided to withdraw from the business of IO INTERACTIVE A/S, a wholly‐owned subsidiary and a Danish corporation, as of March 31, 2017."

Square also wrote that it had "started discussions with potential new investors and is currently in negotiations to secure this investment. Whilst there can be no guarantees that the negotiations will be concluded successfully, they are being explored since this is in the best interests of our shareholders, the studio and the industry as a whole." That makes it sound like the studio could be shut down if no buyer is found.

There's no word on what effect this might have on future content for Hitman, but that $33 million loss could be planned income from that content. Without a buyer, that content may never see the light of day.

IO Interactive apparently has some things to say, but is keeping them quiet for now. Here's what they said on Twitter earlier today.

@JamesGHBray @ynakamura56 @dannyodwyer Thanks for tweeting us. There's a lot going on right now and we'll have more to say at a later point. For now, back to making games.— Io-Interactive (@IOInteractive) May 11, 2017

Square Enix has had some interesting times of late. Earlier this year, the Deus Ex series was reportedly put on hold after sales of Mankind Divided fell short of targets, and back in 2013, Tomb Raider managed to fall short of company targets despite selling 3.4 million copies and enjoying the best launch in franchise history.

The company appears to be planning to narrow it focus, and it has a new Tomb Raider game in the works, as well as its recently announced multi-game partnership with Marvel.