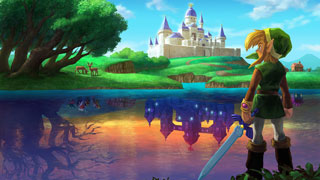 If these rumors are true, you might be able to play Zelda and Pokemon on your mobile devices in the next few months.

If you've ever wanted to be able to play Nintendo games like The Legend of Zelda and Pokemon on your mobile device, you may get your wish. Rumors reported in The Wall Street Journal say that a Zelda mobile game is on the way, and that The Pokemon Company is planned a mobile card-based game.

It's not surprising to hear that Nintendo could bring Zelda to mobile, as it's one of the company's biggest franchises. It's even less surprising that there's another Pokemon-themed game in the works, given how popular Pokemon Go was.

Obviously, you should take rumors like this with a grain of salt, as they're far from confirmed. We'll keep an ear to the ground, and let you know if Nintendo confirms any of these rumors, but we may have to wait until E3 next month.