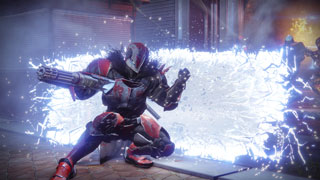 We've already learned that the PC version of Destiny 2 won't launch at the same time the console version does in September, and now we've learned a bit more, including some good news.

First up, there's the good: Destiny 2 on PC will support many things that PC gamers want, including 4K resolution and an uncapped frame rate. Here's the full list of PC features that Bungie was sharing at yesterday's event, although not all of them were the build shown off there:

There are some much-desired features there, including custom key mapping and adjustable field of view. That said, there's also some bad news to go along with the good. Specifically, the lack of dedicated servers for the PC version of Destiny 2.

When asked by PCGamer about the servers, Bungie PC lead David Shaw said, "We do not have dedicated servers for Destiny 2 on PC." When asked about the latency issues that were prevalent in the first Destiny on console, Shaw replied,

"We've done a bunch of stuff overall. We've heard that across the board, so we have looked at our tech and tried to figure out "okay, where can we optimize, how can we reduce that." So there is new tech coming, but I would say that, at the moment, it's not specifically geared toward PC. But again, we have things we are doing to kind of get to the last push, so we're very cognizant of those issues and we're definitely trying to deliver the best experience possible."

There are still a lot of questions up in the air about the PC version of Destiny 2, including what the system requirements will be and if you'll have the ability to transfer your characters from console to PC. We'll have to wait for the answers to those, but now there's both good and bad news for PC gamers interested in Destiny 2