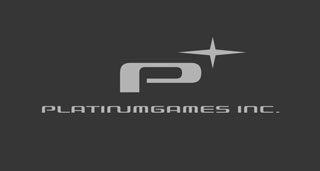 Platinum Games is now working on a new IP that it owns all the rights to, and it's got a new director as well.

Bayonetta dev Platinum Games is working on a new IP, according to producer Atsushi Inaba. According to a report from DualShockers, during a keynote address at BitSummit in Japan, Inaba revealed that the studio was now working on a "formless, shapeless IP" that he couldn't discuss any further. Also of interest was the fact that this new IP is apparently helmed by a new director, although he didn't mention any names.

Inaba had said at this event last year that Platinum Games was thinking about making a new IP, and this is apparently it. Of course, it's always worth pointing out that as an unannounced project, this new IP could be cancelled, changed, or simply never materialize.

Platinum has risen to prominence thanks to games like Bayonetta (recently released on PC) and Vanquish (coming soon to PC), as well as Metal Gear Rising: Revengeance, The Legend of Korra, and Star Fox Zero, just to name a few. Its most recent title of interest was Scalebound, which Microsoft canceled in January.

Could we see this new IP at E3? Possibly, but it sounds like it could be further out than that. We'll have to wait and see.