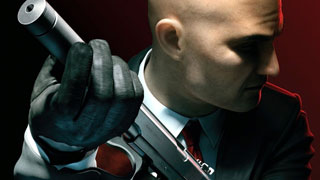 Facing the prospect of being sold or shut down, Hitman developer IO Interactive has laid off some staff.

It's been just under two weeks since we learned that Square Enix was looking to sell off Hitman developer IO interactive. Today, the Danish developer is back in the news, and not in a good way, as it has laid off an unspecified number of people.

"Today at IOI, we had to make some changes to our studio, which will allow us to be better equipped for our future adventures.

"We're sad that great talent and good friends will be leaving the studio. We are doing everything possible to look after everyone affected.

"Thank you for your support and understanding."

While this is bad news for those affected, the statement does carry some hope, as the phrase, "better equipped for our future adventures," does seem to suggest that there's a plan in place. Perhaps a deal is in the works, and as part of that, the company needed to slim down.

Whatever the case, there's been no official word on what may or may not be transpiring behind the scenes. We'll have to wait and see if this is the prelude to a deal that saves the studio, but for now the future of Hitman is uncertain at best.

Hitman - Agent 47 - Did They Even Play the Games? Marter 31 Comments
Comments on